Back to the top

Candice Price stated, “To be able to win this Gracie award means so much to me because, we could share the experiences of the many people who work passionately on our Public Lands. We really enjoyed sharing these stories about our National Parks because these areas belong to everyone. Superintendent Judy Forte and the National Park staff at the MLK Historical Site are doing phenomenal work. They have made a major impact on the Atlanta community, and to be able to have the kickoff of the National Park’s Centennial at this site shows how influential they really are. We are so proud of everyone who participated, and we are very grateful to the leaders who made this Every Kid in a Park event a huge success.” 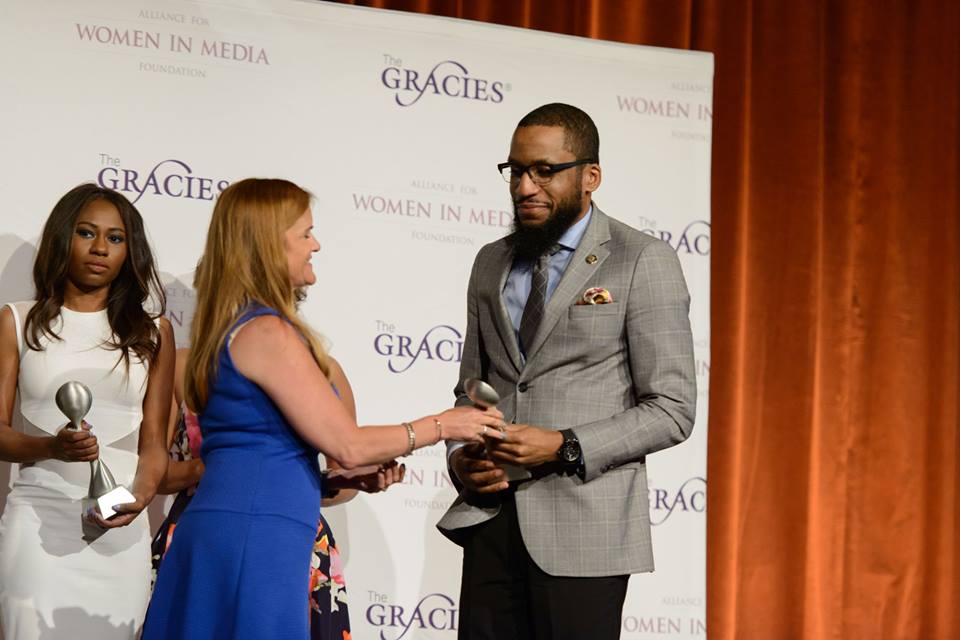 The 41st Annual Gracie Awards gala was held Tuesday, May 24, 2016 in at the at the Beverly Wilshire Hotel in Beverly Hills, CA. The evening honored such luminaries as Tina Fey, Angela Bassett, Cynthia Nixon, Kathie Lee Gifford and Jada Pinkett Smith, among many others. The Gracie Awards Luncheon was held on June 21st at Cipriani in New York, New York.

This year, AWMF is taking a fresh and exciting new approach to the Gracie Awards show programming by naming Vicangelo Bulluck as Executive Producer. Bulluck’s extensive portfolio includes opening the Hollywood Bureau office of the national NAACP and was its first executive director. He also served as the Managing Director of Outreach an Special Events for the Academy of Motion Picture Arts and Sciences. At the Academy, Bulluck managed the production of the Governors Awards, the Sci-Tech Awards, the Student Academy Awards and the first-ever Oscars Concert. Bulluck was recently announced as an Executive Producer for the 2016 Democratic National Convention.

Kristen Welch, Alliance for Women in Media Foundation Chair, and SVP, Global Content Operations at Discovery Communications said in making the announcement, “The AWMF, through the Gracie Awards, is honored to recognize the collective, powerful voices of women from across the media landscape. Their influence and inspiration on and off the camera, encourages our future generations to build on the foundation and opportunities created by the great women before them.”

The Gracies are presented by the AWM Foundation, the philanthropic arm of AWM which supports educational programs, charitable activities, public service campaigns and scholarships to benefit the public and women in the media. The Gracie Awards, established in 1975, honor programming and individuals of the highest caliber in all facets of radio, television, cable and web-based media, including news, drama, comedy, public service, documentary and sports. More information on the Gracie Awards and the charitable non-profit Alliance for Women in Media Foundation is available at www.thegracies.org.

ABOUT URBAN AMERICAN PRODUCTIONS
4x Emmy nominated Urban American Productions (UAP) produces the award winning television program, Urban American Outdoors TV (UAO); the first outdoors TV show depicting people from diverse ethnicities engaged in the outdoor lifestyle. UAO has mass crossover appeal reaching both the traditional outdoors market and emerging markets and communities. The show not only shares the excitement of being outdoors, it also educates viewers by sharing the importance of conservation, enjoying the public lands, historical & cultural stories, as well as inspiring and embracing new audiences. In addition to UAO, Urban American Productions also specializes in media and music consulting, and basic broadcast and television production. The company has created world class television shows, documentaries, public services announcements, commercials and promos. UAP operates a STEM program, under which it has launched its media education and mentoring program for youths across the country. In addition to its 4 Emmy nominations, UAP has won over 65 national and international broadcast awards for its high quality work. The company’s management team consists of broadcast and music industry professionals with over 40 years of entertainment expertise.